The export lessons have come hard and fast for New Zealand firms in 2013. But now that we’re all wide awake to both the upside and downside of ‘clubbing together’, everyone’s focused on building bigger market share in 2014.

If the big export story this year has been at the Fonterra top-end of town, the lessons learnt have been rippling out to large numbers of Kiwi exporters ever since. Exporters of all shapes and sizes have been drawn into the fallout from our dairy giant’s problems.

Fonterra’s botulism false alarm brought into full focus both the importance of presenting a united front and the downside for everyone when it all turns to custard. For years now, government agencies have been telling Kiwi exporters to band, and brand, together under the ‘NZ Inc’ umbrella to pack greater punch overseas.

When NZTE’s seven regional directors from around the globe had a rare get-together in September this year, Greater China specialist Rod MacKenzie spelt out the gains Kiwi green shell mussel exporters have made since forming a consortium in China’s highly competitive seafood market.

“In the past, New Zealand exporters would undercut each other,” he said. “Now they’re maintaining price points and making big inroads into China’s eastern seaboard. “It shows,” he said, “what can be done when companies work together.” No-one’s disputing the power of collective clout. When it works, it works well. It’s just that many smaller exporters are now also seeing the downside of clubbing together too closely.

Michael Barnett, chair of the New Zealand Infant Formula Exporters Association, says his members don’t use Fonterra’s whey products. Yet, in the eyes of many Chinese consumers these small and medium sized companies are clearly seen as part of the Kiwi club and have lost millions of dollars through cancellations and stalled sales as a result. As many exporters have discovered this year, when New Zealand’s image and reputation take a hit, it often doesn’t matter whether a company works in a related business sector or not. We can all become tainted. Liu Feng, managing director of shipping and logistics specialist COSCO and chair of the Chinese Chamber of Commerce in New Zealand, points out the irony of New Zealand having fallen victim to its own “too-perfect” clean, green 100% Pure image. “No-one is perfect,” he says.

So if small and medium-sized exporters need to club together for strength in numbers but don’t want to take a direct hit when others stuff up, what can they do? As the year hurtles to its end, we wanted to know what lessons SME Kiwi exporters from a wide range of sectors have taken on board in 2013.

Some of it sounds like what Trade Minister Tim Groser called “codified common sense” at the China Business Summit in Auckland recently. The minister was referring to the big five lessons learnt this year according to ANZ Group CEO Mike Smith, a man he describes as “one of the most Asia-literate business leaders of my generation”.

And while these lessons centre on exports to Asia, they could apply equally to most of our other major markets:

In recent months many people have emphasised the importance of these last two points, pushing exporters harder than ever to protect their business against unforeseen events by forging close personal ties with customers and distributors offshore.

Marta Mager, NZTE’s regional director for North America, cites Dunedin-based biomedical company Pacific Edge Biotechnology as a good example of a company whose success has, in large part, been super-charged by personal visits by its top brass. CEO David Darling fronted up in the US market every six to eight weeks in a bid to cement in place strong relationships and partnerships, she says. “It’s really important to have a physical presence in market.”

Leigh Paulden, Director of SSBG, says he’s been seeing companies cotton on to the idea of getting a toehold in overseas markets through first gleaning market intelligence, and contacts, via offshore trade fairs. The key point here, he says, is they’re gathering valuable ‘intel’ on less outlay than they had thought possible. A business consultant and executive coach, Paulden works with small companies gearing up to export and with mid-sized businesses looking to gain Gazelles international certification for fast-growth companies.

Paulden says he’s been seeing small Kiwi exporters gain tremendous advantages by just fronting up, walking round and talking with exhibition stall-holders and delegates. “It’s not about being a presenter or a stallholder at an overseas show,” he says. “It’s just about talking with your core potential customers to really understand what their issues are. Once you understand that, it’s very easy to align your company to deliver what they’re looking for.”

According to Paulden, exporters have also been learning to clearly define their brand story before hitting overseas markets. Those who get this one sorted tend to have faster export success, he says.

“I quite often see companies trying to take their business overseas who have a lot of marketing material together but have not yet sorted out their brand story and how it is aligned to their strategy,” he says. “A brand story has to be got right from the start. It’s not something that can be changed as you go along.”

Paulden believes Christchurch-based Kelford Cams is a good example of a company that’s got this right. “Their brand story traces their history in motor racing right back to the 1960s”, he says, “and shows the knowledge and expertise that distributors are looking for.” Kelford Cams exports to the US, Europe, Russia, the Middle East and Asia. But while this is a very broad base of countries, says Paulden, the company only targets places where industries require the multi-valve engines that Kelford specialises in.

In a similar vein, and many months prior to the Fonterra debacle, Kiwi exporters investigating opportunities in India were already coming away with some important learnings of their own. Hosted by ANZ, an eight-day trip to India gave the 13 member companies a chance to get a better understanding of how to do business in India.

Golden Bay Fruit had already sent four containers to an importer in India. But Heath Wilkins, part of the four-generation family behind the Motueka-based company, says his personal visit showed the agent he was serious about the Indian market.

“More importantly to him, it showed the agent I was serious about our relationship.” Wilkins adds that, although the Indian market is highly sensitive to price and quality, family is very important. He advises other Kiwi exporters that many Indian importers are multi-generational businesses “so emphasise any family ties that you may have”.

Such sentiments struck a chord with Marlborough boutique vineyard Dog Point director Graham Beattie who returned from the Indian mission advising others to treat importers and distributors as an extension of their own business. “Building business in India takes time but the payoff is worth it,” he said. “Forming strong partnerships and relationships on the ground is essential.”

While such advice could be classified as codified common sense, in a year dominated by a dented international reputation it’s the smart small stuff that has made a big difference for many SME exporters. 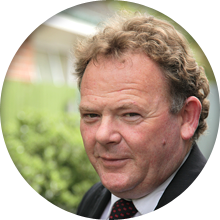 "I bring my clients executive education that has been internationally tested and proven to drive business performance. I understand the factors that influence growth and business practice and create the clarity and certainty you need to make great decisions for success."

Keep up to date with our latest blogs and articles. Join the SSBG mailing list and receive business growth tips, proven tools for growth, and the knowledge to move your business forward, direct to your inbox.